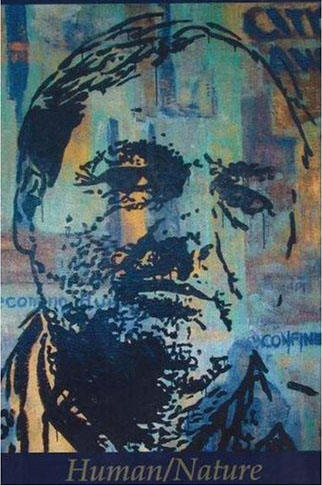 In Becoming Human, Lance Lee’s previous collection, was a poem ‘Dante in Los Angeles’ so extraordinary it alerted me to his work in general. Many of the poems in this recent collection mirror the grandeur of that piece. For us this side of the Atlantic, a bit cramped, a bit timid in the observance of prevailing canons, he offers a vaulting scope of freedom and unafraid splendour. This new collection continues with the fine canvases from which it’s difficult to choose an exemplary quote.

You won’t find here the still small voice, restraint, objectivity, the acceptance of any part of life as ordinary. Lance Lee is privileged of course; he has access to vast nature, to the classical world, to evocative places everywhere. His stance in a world he finds marvelous is that of full participation, the outer world in intimate connection with the inner, and the classical cultural past an organic one.

Threaded through the collection but explored fully in the first part there is too his fraught relationship with his father, his mourning for his father. Yet like other experiences brought into poetry here it is supra-personal as well as biographical. Every observation and memory is highly charged and whatever his existential musings his vision remains ecstatic. For many contemporary readers and commentators it may be that his feast is too opulent. Not for me! My only reservation is that the subjectivity (and there’s a clear distinction here between the subjective and autobiographical) that bathes his every theme can lose sight of the particular qualities of things in themselves — for example in his poem ‘Stonehenge.’ In the poem ‘Winter Solstice’ too, the fragile narcissus becomes “dizzying as death and renewal.” And again his Rembrandt is so fused into so much of the self he has displayed elsewhere, Rembrandt seems to get lost. In short the danger deriving from his qualities of intensity and opulence can become indiscriminate. A simple narrative sometimes gets flooded in ornate language.

However these side effects, so rarely encountered, are a small price to pay for this voice of pure poetry. Who else these days will write a poem on the splendour of a sunset — indeed about a sunset at all — and do so as if for the first time in the history of poetry:

Strange, this sky— a fin of fire cruises westward
naptha beams— flame throwers in an
otherworldly war—
boil the clouds and choke the light:
Vs of geese, and lower, a cloud of crows,
fly swiftly through the murk.
Another moment and the sky transforms
to gold tissues, some lame, and darkens
by stages to navy, glittering strands
as though a dancer shedding veils.
…
…the hero in the dark.
Who sees me for what I am?
Am I anyone at all?

Lance Lee’s resources belong to the privileged but his genius is in creating poetry for anyone with the slightest lingering wish for the beauty that can still infuse life. How he liberates us!

Lance Lee’s newest collection, "Human/Nature", bears witness to a lyricism rare in much of today’s writing. His Actaeon is a monumental poem, weaving ancient myth and modern angst with a robust command of language, evidence of a master at work.

Lance Lee’s great strength is his ability to look with unflinching honesty at the condition of being human, its relationship with the world of nature and how easy it is to shed the thin skin of humanity. He writes with understanding and compassion about his father’s life, how his death haunts him, and of his own ageing. Striking and original poems about figures from myth and history connect with his central themes, including a daring monologue delivered by Rembrandt to himself; a poem in the voice of Eurydice presents Orpheus in a new light.

There is very powerful work in Human/Nature which builds bravely on Becoming Human.

Lance Lee’s Human/Nature wrestles with a father. The book’s first section is called “From The Family Romance,” and Lee begins, “He frightened my youth,/a domineering, hostile man.” And later, “some love-starved child in him/made him starve those he loved in turn.” We are provided here, with an extensive catalogue of accusations: the absent father, the philandering father, the troubled father who knows “the more deeply love is held/the more certain love must fail.” The father’s failures are given in precise detail, a lyric precision that at the same time, remarkably, softens anger and provides forgiveness, for beyond the roll of father failures, there is the sounding of an elegy, and the lighting of poetic candles that offer to redeem failure. This section continues with poems that bring the speaker to a deeper knowing, one that vaults anger and gives relief from fear. They ruminate on the various residues that death, and especially a father’s death, engenders; they involve a spiritual search, a commitment to a journey to find a true self. Before the section ends, there is the indication that the discovery of a true self is bound up with an immersion in nature, as though the various allures of nature and immersion in it both substitute for, and redeem, the failures of an unloving father.

In “Passages,” there is the movement into a historic haze, a past of myth and a summoning of historic spirits against whose “truths” a present anxiety may be measured. This digging in old stories raises echoes of a father’s past that much resembles the present life of a son. It is mostly Death and Eros that are evoked. Lee, with a clear-eyed honesty, ruminates over these antipodes, to tell the deeply human concerns of any son who knows the spirit echoes of a father are never very distant.

“Through Nature” provides no evasions from Lee’s deeply human concerns. Here, his lyrics give scope to the “other” in nature and to its connections to a person’s life. There is a struggle in both. Lee draws from nature movements that mirror human feeling; it is a sensibility that connects to the Romantics, and especially, it seems, to Percy Bysshe Shelley.